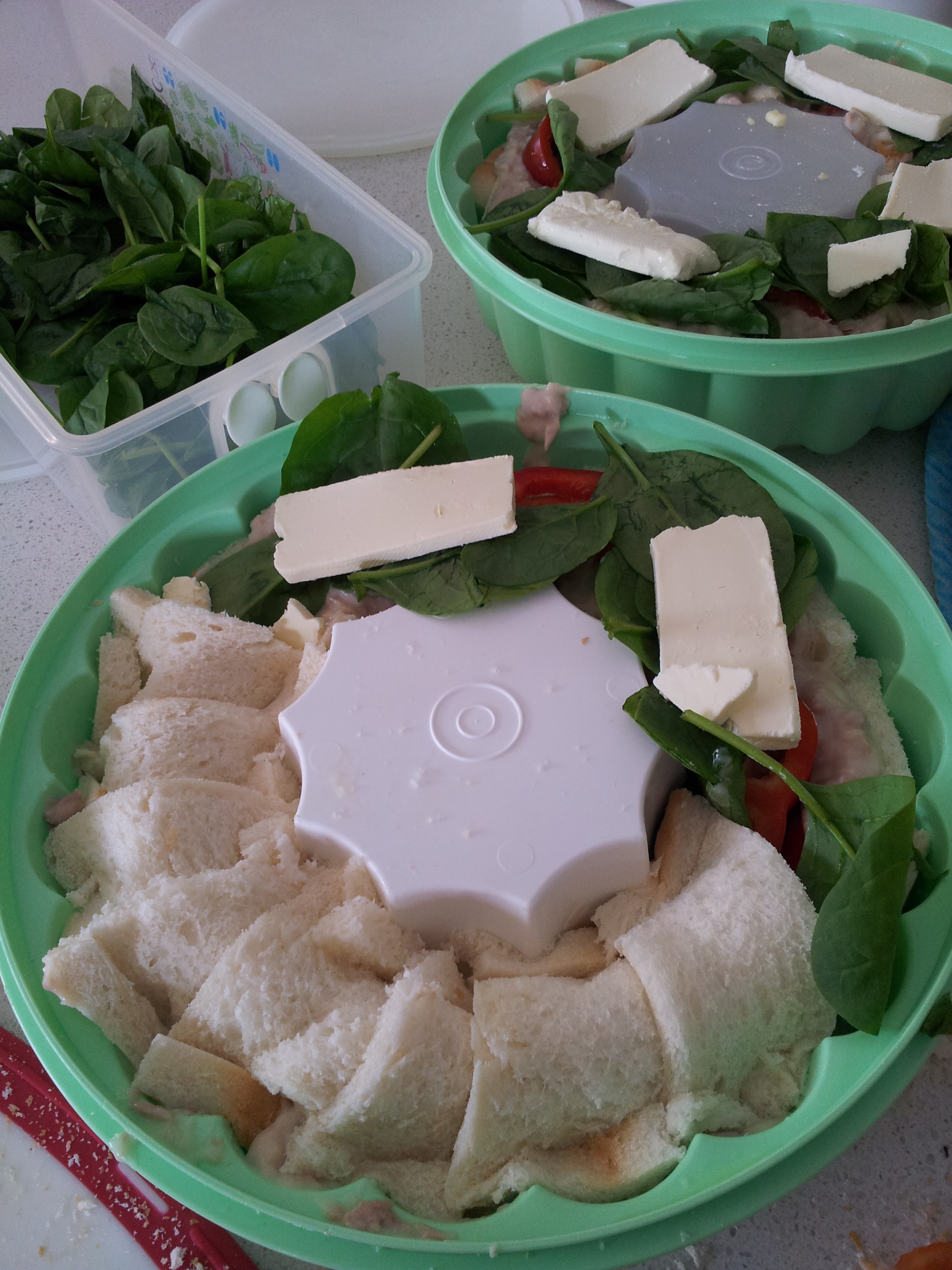 This recipe is a favourite of mine; whenever attending a BYO plate party or function I bring this along.

First use cooking spray to grease the Tupperware Jel Ring base, then grate a little tasty cheese around the bottom of the Jel Ring.

Cut the crusts off the sliced bread, then cut again into halves.

I don’t throw out my crusts, I freeze them and re-use to make breadcrumbs: 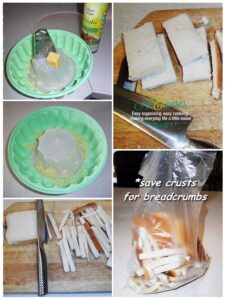 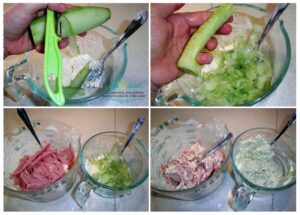 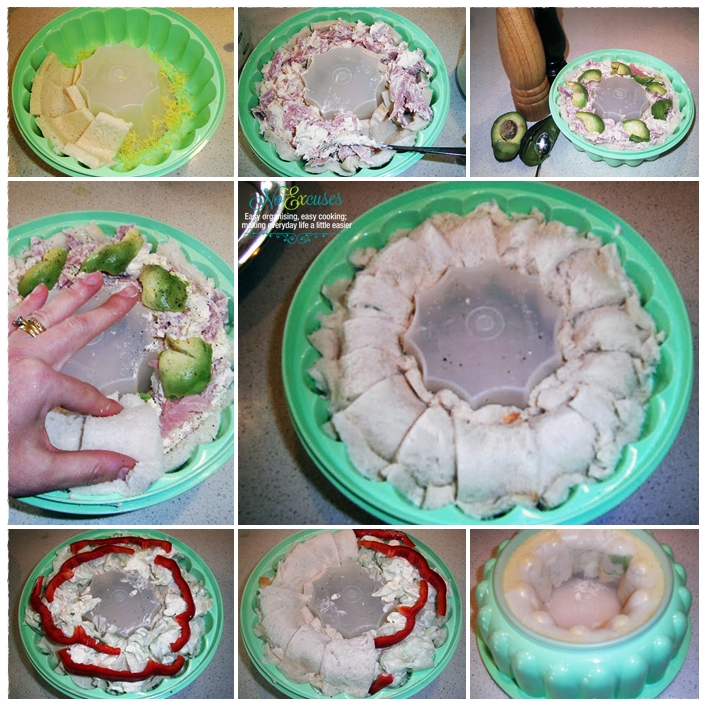 This can be made the night before or the same day you are attending the function.  It only needs at least 10 – 20 minutes time in the fridge to set too.

The container does the rest for you!

When ready to serve; remove the lid and place a plate up-side-down on over the base.  Flip like you would to remove a cake from its tin. 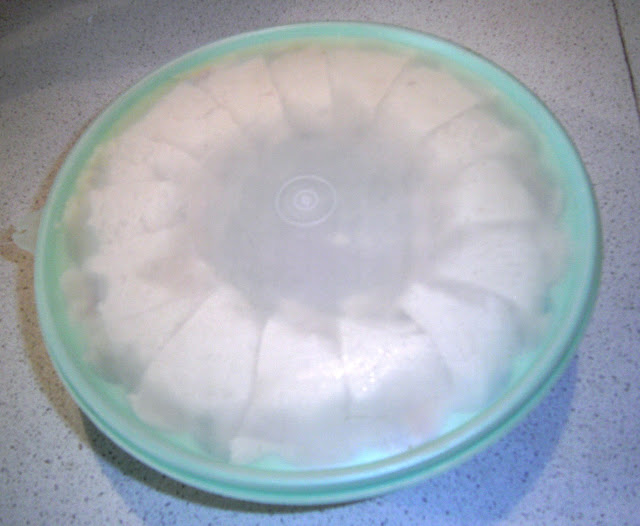 Next step is to remove the middle insert; this will break the airtight seal (I don’t have a picture of this as I took the above sandwich to a party and didn’t photograph this step) Gently push the sandwich out with your fingers onto the plate and lift the outer container ring off.

Slice into sectors and let the guests help themselves.

I guarantee that none will be left on the plate. 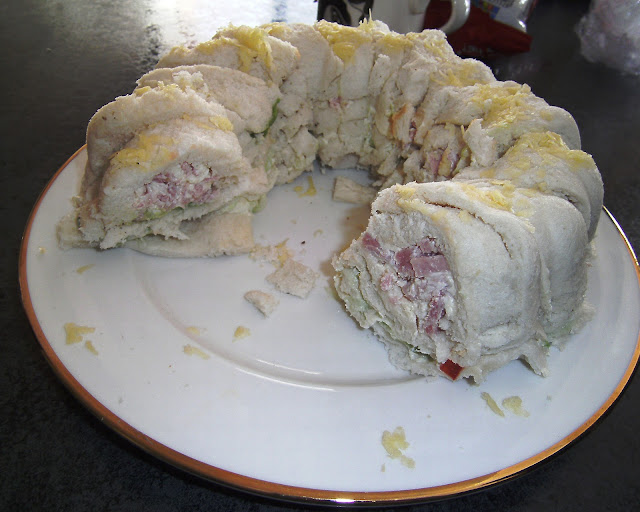 This recipe will also produce a WOW factor, and everyone will want the recipe.

So here it is for all of you to share and enjoy!

You can also try baking with the Jel Ring too; here is another recipe: