Being late is something people either hate and try to avoid or have made it a habit and are never on time. Whether you are one or the other once you have children being LATE is a constant struggle in life. 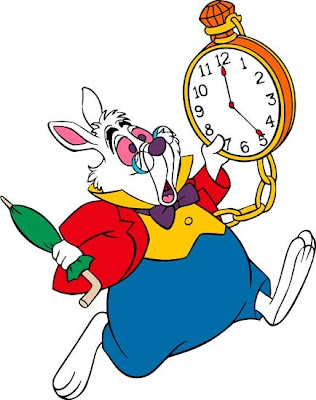 When one is organised, being late should never happen. If you prepare ahead (the evening before) then there is No Excuse for being late the following day…..right?

Well….forget what I said in the paragraph above….as this is totally WRONG when it comes to children.  No one told me this before I married and began a family.  I had always been on time (I was even early on my wedding day; I got their before the groom and the photographer)!

When you have children to get ready and organised (even though you have everything prepared the night before) , things can still go completely wrong during the morning routine; here is an example:

Rolling over and gently opening your sleepy, but restful eyes, the bedroom clock reads 7.45am.  Pausing for a brief moment and feeling refreshed, relaxed (and sighing) you are thinking to oneself “that was a good sleep”. All at once your mood turns to panic; realising that you have slept in and the alarm clock on your mobile phone malfunctioned.  The entire house is also silent; not a peep from the seven sleepy heads at the other end of the house.

Making a dash out of bed, you run ferociously up to each of the children’s bedrooms; the doors fly open, lights switched on “GET UP, GET UP WE ARE GOING TO BE LATE”.

Frantically, running back to your room and en suite, you have a quick shower to really wake up and prepare for the onslaught ahead.

Meanwhile, the children are getting themselves dressed and stumbling to the kitchen for breakfast.  The second eldest daughter has got things under control.

On entering the kitchen, the time now reads 8.00am and all bodies present need to be fed, dressed (including shoes) and in the car for 8.10am.

Unfortunately the scene is as follows; the 3yr old refuses his breakfast and continues to play with his toy cars while another sibling tries to pry them from his hands.

The other two boys are dressed, however one who is always lagging, has one shoe on the other of course is missing and his buttons on his shirt are all done up lopsided.

Another daughter is wearing the wrong uniform as it is her sports day today, three girls are in the kitchen except the 15 year old (eldest) who still has not emerged from the bedroom ~ could she possibly still be in bed?  Upon investigating, she IS still in bed and a yell from mum produces a “huh, what…..mumble” from the sleeping body.

Back to the kitchen with continued calls to the 15yr old daughter, breakfast is still in chaos.  It’s now 8.07am with 3 minutes to spare.  Complaints are forming left right and centre about still not having any toast, “I want jam”, or “it’s burnt”.

By now, mum has guzzled down her first instant coffee, the 15yr old still has not made an appearance, “_____GET OUT HERE NOW”.  Breakfast dishes start getting put into the dishwasher and the bench top cleared.

The 13yr old now shows her face at 8.12am (we have gone over time).  She manages to drink down a cup of tea.  I am not sure if the 3yr old got his breakfast, however his 13 year old sister has taken him off to his room to change out of his night nappy and dress him.

The eldest boy has gone off to do his job of feeding the chooks (scrap bucket) and emptying the compost bucket.  The girl in the incorrect uniform is still searching for her items of clothing with continuing cries of despair.

Mum fixes the dishevelled boys shirt, while orders the others to find the OTHER SHOE.

It is now 8.16am and the shoe is still missing, the sports uniform items have at least been found.  Two anxious children are waiting in the car.  While the others ‘try’ to help find the missing shoe.

Finally a happy and impressed child yells “I FOUND IT’ and it goes onto the boys foot, laces are tied and all are in the car waiting, EXCEPT the 15yr old daughter who is still packing her bag.

8.20am (the first school bell rings at 8.25am) and all are now in the car, but low and behold some don’t have on warm jumpers, blazers or hats, someone’s lunch box is still sitting on the bench-top inside and of course the 3yr old has soiled his nappy.

By the time this is all sorted, jumpers found, and butt changed it is now 8.30am.  Of course there is no need to rush now as we are ALREADY late.

In the above scenario, clothes were put out ready the night before (they just went missing by those cheeky night fairies while the children were sleeping).

As for sleeping in this is a common occurrence, especially on days that the children NEED to wake up eg. school, appointments etc; and for some reason they sleep during the days you need to get away earlier too.

Why won’t they sleep in on weekends when the parents  NEED to sleep?

Getting ready to leave or go anywhere with children is extremely hard; try telling a newborn or toddler to keep an eye on the clock (or not to relieve oneself until we are home and have time to change them).

Little children have no concept of time or urgency.  As I said above, some days just don’t go according to plan.  If I had a video camera rolling during our morning routine (and sent it to  the teachers for viewing), they may realise that we don’t mean to be late on purpose.

Normally it is the baby or toddler that holds everyone else up.  (And the teenager ~ although I think she doesn’t get enough sleep due to her late nights and all the homework she has been given by her various teachers too).

So if you are a school principal, teacher or even employer (your employee being a mother); think twice before presuming the worst!

We don’t MEAN to be late!

3 thoughts on “Tardiness is NOT tolerated!”

Leave a Reply to No Excuses! Cancel reply

This is the easiest meal to cook, when you just #c

What do you do when it's wet out, and the kids hav

Forgot to post the final #cookup from last night.

Today I had another followup appointment with my #

It's going to be a long and time consuming night.

#Dinner is also in the #crockpot #slowcooker #teri

When you find an old #recipebook and your dish def

If you've been wondering why I've been MIA , it's

Remember the #beefbrisket that I #marinated yester

Got up this morning to find our #hairdresserdaught

#freshly cut #bayleaves off our tree straight into

#beef #patties / #rissoles all rolled up and in th

Found a bag of #beefmince in the freezer (but not