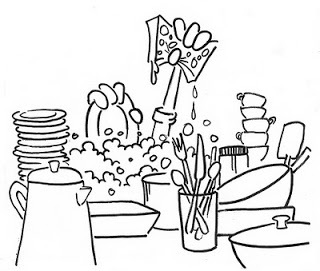 The dishwasher would have to be one of best kitchen appliances ever invented.  Not only are they time saving; a dishwasher also sterilises and disinfects while cleaning and scrubbing at the same time.

Breakfast time during school mornings is one time where the dishwasher is a lifesaver.

Large families can fill a dishwasher of a morning and let it do the job (after breakfast) while mother hectically gets the children ready and then drives off to school. There is nothing worse than coming home to a messy kitchen after having a frantic morning.

Washing dishes would have to be the most mundane job especially if having to wash dozens of plates and bowls, cutlery, glasses, mugs, pots and pans etc.  Washing the dishes for a large family can take up to at least 3 sink loads (after changing the dirty water) and over an hour to do.   My husband would argue that “the children should be doing the dishes, I use to at home” (he is one of 8 siblings), “washing dishes creates conversation and leisure in the kitchen”.

I am not exactly sure where he got this idea from, as I see it as more work and an extra chore with lots of water all over the floor (when the children do the dishes), some dishes not so clean n’ slimy and time wasted that could have been used to do other jobs.  Of course, one still needs to wash large items like pots and pans, as these can’t be put though the machine, but once you wash these, there is no room left for the other dishes.  Of course if mum is just home with little ones or by herself, who is there to wipe up while she washes?  There is only so much room one can stack dishes.  Washing up with little ones under foot is in fact near impossible too.

Of course in the olden days perhaps over 200 years or so ago; wives didn’t have to do the dishes.  They had servants and kitchen staff, and while they threw elaborate dinner parties in their mansions, their staff endured the endless pile of dishes.  While this might sound bias or far fetched, I did do a bit of research and have now discovered that this very scene above is true. 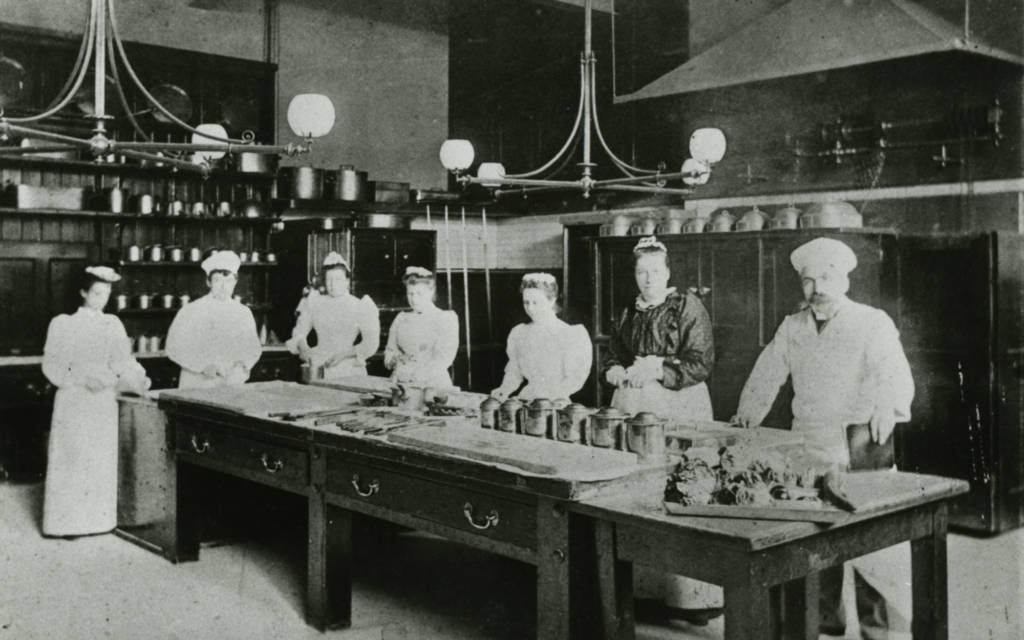 Back in the 1870s, a wife after scolding her staff for chipping her fine china while washing those dinner party dishes found herself begrudgingly in front of a kitchen sink, enduring dish-pan hands with her elbows in lots of soap suds. You see, her staff had got back at her and left a pile of dishes the morning after another fated dinner party within her home.  She then thought with her hands in the sink “why not invent a dish washing machine”?

Back in 1886, this very person DID indeed invent the dishwasher (of course it had to be a woman); the inventor was Josephine Cochrane.  She like us mothers of the 21st century also didn’t like washing dishes; in fact housewives back then were a bit silly and didn’t even want to buy one, they didn’t want to spend the money on something they didn’t really need, so Josephine turned to the hotel industry. You can read more about her here, however in 1893 Cochrane convinced restaurants at the World’s Columbian Exposition in Chicago to use her invention, and it was an exhibit in Machinery Hall. 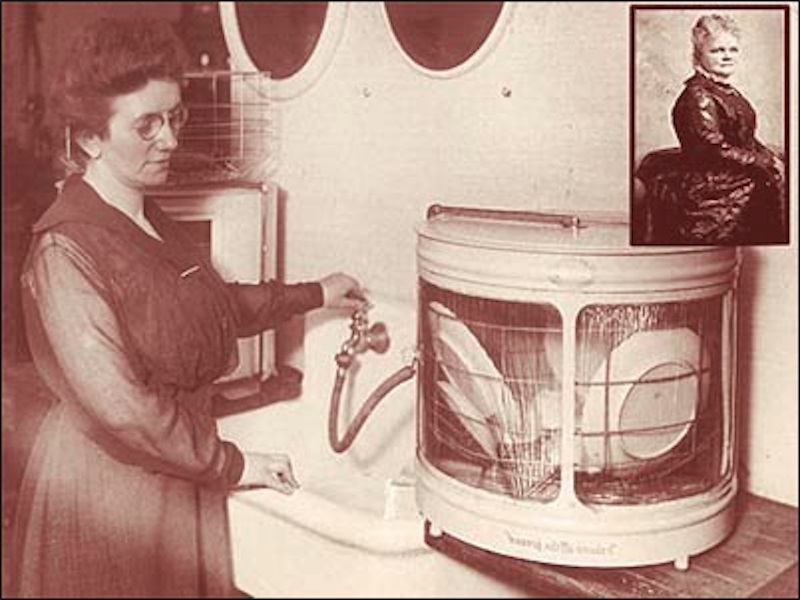 That success led to her opening her own factory in an abandoned schoolhouse.  Her customers extended to hospitals and colleges for whom the sanitizing effects of the hot water rinse were important.  Ordinary house wives finally started using it, too.

In 1912, at 73 years old, Cochran was still personally selling her machines.  She died in 1913.  In 1916, her company was bought out by Hobart which became KitchenAid and is now Whirlpool Corporation.  Cochrane is considered the founder. 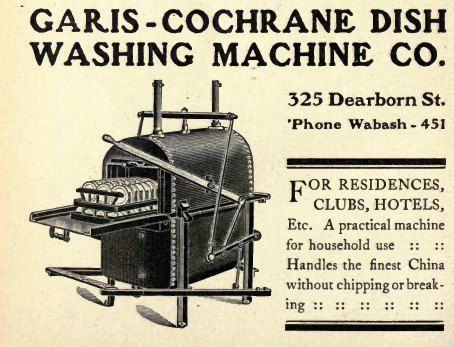 Therefore, if a woman thought there was a need for these machines way back when, why not would everyone have them in their homes today?

So perhaps you are wondering why I have written the above, well it just so happens that the No Excuses household has been having problems with our current dishwasher for many months now.  We are in need a new one, however hubby will not replace it.  He thinks its just another kitchen gadget and has this strange idea that “if one needs to rinse the dishes before placing into the dishwasher, then there is this stacking and un-stacking, (another waste of time ) you may as well wash everything by hand”.

Believe me, a dishwasher is not a luxury, it is a must have appliance (even a lady who had servants knew this).  I just don’t have enough time in the day to be cleaning up a mess like this (which I came back to after doing the morning school run):

This machine has been repaired several times (however, not effectively). We wont have it repaired again, however on this particular morning it leaked all over the floor again, there were piles of crap everywhere, washing to hang, fold, a house to clean etc and this mess did indeed take hours to do.  Every time I moved the machine (so I could get to the drying rack and sink) more water spewed out all over the floor.

It is obvious that No Excuses needs a new machine, however how to convince the man of the house is another thing altogether.  Perhaps hubby needs to revert back to his push mower (for our acreage) rather than using the ride on lawn mower…..then he may see why some these inventions were thought up and put into action in the first place. 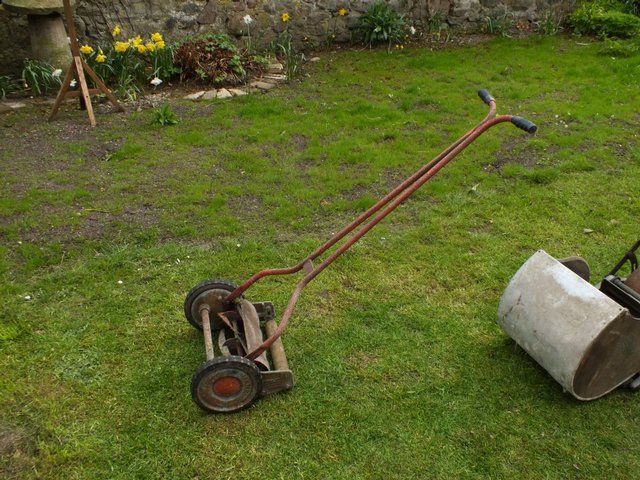