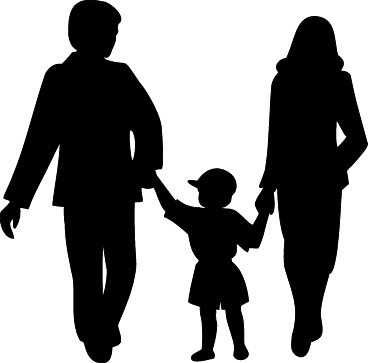 Shopping with children can be a big effort and not something I enjoy doing.  However, if I do happen to take my 7 children I always make sure they are in my sight.  My little ones are strapped in a pram or their hand is being held by myself, hubby or an older child.
My children are told NOT to wander off and they must stay near mummy or daddy;  they know that if they do walk away or are out of sight, they will be in “big trouble”.

Having said that though, sometimes it CAN happen.  As a mother, this is my greatest fear – loosing a child in a busy shopping centre.  There have been cases where children have been taken or kidnapped.  Unfortunately in our day and age you can not trust anyone.

So today something extraordinary happened. As I strolled through Big W shoe section with only my 13yr old daughter, (the other six I left home with a babysitter) I heard the faint cries of a child “mummy, mummy, mummy”. Going by my natural instincts (I am sure any mother would have  also reacted), I found a little girl of about 5yrs old wandering through the isles with the look of desperation on her face.

I asked her, “have you lost your mummy”, she nodded close to tears “yes”. I told her to stop walking around and just stand still “stop walking darling, your mummy should come to you; you don’t want to get lost yourself do you”. She nodded and I placed her in the middle section (you know where all the DVDs are located in those square big storage cupboards) but in front of the shoe section. That way, her mother would be able to see her easily. Hence my daughter and I waited with the little girl.

The little girl had her hands full of shoes, a dress and some t-shirts (so I figured her mother would be close by). Her mother did not show up, we had been waiting for at least 5 minutes (which is a very long time to be missing your daughter). My next thoughts were to have an announcement made over the loud speakers. I told my daughter to wait with the girl and as I was about to approach the Photoshop reception desk, a ‘brother’ aged 8 or 9 came for her instead.

But HE WAS RUNNING (at full speed) and as he did, he ran straight into a woman staff member who was pushing one of those huge metal trolleys full of products.  She came from around the main walk way corner (safely). The boy ran straight into her, and was BASHED in the head, he fell to the ground, holding his head.  (It was not her fault at all). The staff member shocked and thinking it was my child; apologised graciously.

My first reaction was the boy. Thank God there was no blood, but I told him to sit down, rest for a minute.  The staff member was more concerned….”where is his mother”?

I continued to check on the boy, he kept wanting to stand, however, I made him sit for a good 5 minutes.The little girl watched her brother on the floor of the store.

WHERE WAS THE MOTHER? Her daughter had been missing for a good 15 minutes and the boy about 10 now.

So after a while, I made the boy stand, asked him if he felt dizzy and could he walk (he nodded). I asked him if he knew where his mother was and he said yes and took his sister with him, running again pulling his sister behind him. The staff member again, said “I didn’t see him, he shouldn’t have been running, where is his mother”. I explained, that I first found the girl wandering around. Finally both myself and the lady were relieved nothing horrible happened to this child due to the injury; and then she said “I always made sure my children were insight and never made them leave my side”.

My daughter stood and watched the whole ordeal, I told her “this is why your mother always asks you and your brothers and sisters to stay close by”.

My main concerns from today were:<

All these things are running through my mind after today’s incident; however my first and only thought was clear in my mind…..

WHERE WAS THE MOTHER?
Categories: Shopping