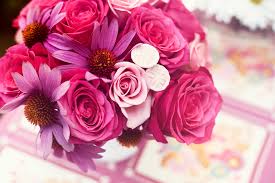 The children were driven home from school for me this afternoon and were told briefly in the car that the cat had died.  They of course first thought it was a joke.When they arrived home, my second daughter (who got the kitten) was nowhere to be seen as she ran straight to her bedroom. The rest were all teary eyed.I took them into my bedroom and told them the horrible news.  It just goes to show you that girls are more emotional and sensitive than boys.My youngest daughter (8 yr old) was very upset and needed cuddles.  My eldest son (7), wasn’t really fazed by it all but was happy to have a group hug with myself and his 8yr old sister.  The very eldest daughter (13) was teary, but also understood that it was not my fault as it was an accident; she was the most encouraging.  The 11 yr old daughter was also teary but did not say much.
My 10yr old daughter (the cat owner) was so distraught and would not allow me near her.  She did not want a cuddle or to be consoled.
I took her aside, and told her that I looked all over for Mithril etc (I did not go into gruesome details though – she was very upset and didn’t need them).  I told her that I too am very upset and miss her very much (telling her this while tears streaming down my face).  She then listened to my suggestion to go have a nice shower, wash her hair as this will make her feel a little better.
She is now resting in the Spare Guest Room in the ‘big bed’ with her dairy, a cup of hot chocolate and drowning her sorrows away with a pen.  I do really feel for her.
As for myself right now; I am sitting and hiding away in my bedroom, with the box of tissues close by (and a can of Coke).  My 7yr old along with the other two little boys are singing and dancing and having fun out and about the place (what happened today has not fazed them in the least).
I also managed to throw dinner together between today’s events – I had planned on posting a Shepherds Pie recipe for you (with step photos), however, you will only get the final cooked product photo and recipe, later this evening (I am surprised I managed to get it made after all that happened today).
On a positive note: a friend of mine read my previous post – Part 1 – A Horrific Day and has a relative that has day old kittens to give away in the next 5-6 weeks.  So my 10yr old daughter is feeling a little happier to learn at new little friend is to arrive soon.

Here are some photos of our dear little Mithril – RIP

When we first brought her home.

Taken last night, she played so hard, she fell asleep sitting up. 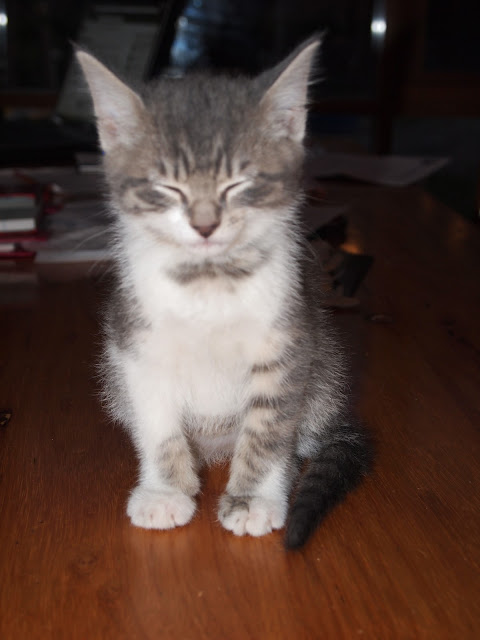