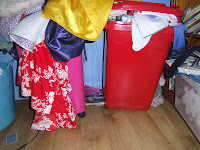 Recently I wrote a post for Mouths of Mums called Storage solutions for toys; it’s time to put the toys away!  You can get the general idea by reading at the link above.  It will give you an idea of what toy storage systems I have used over the last 14 years.

Like most parents, I have had my fair amount of trials when it comes to sorting and storing toys in our playroom, hence upon writing the above I decided to do a cull, clean and sort all the toys including trying out a newer system in our playroom.

While cleaning the playroom (which gets done when it is way out of control), I realised that many toys are no longer being played with any more.


In order to keep things tidy, less toys are the better (after all, toys do seem to multiply at every birthday and Christmas time).  During the de-clutter mode I was in, I managed to throw out a lot of junk and broken toys including the three storage containers.  I also gave away books and toys to charity.  It was also amazing what I did find amongst the mess.


Now the reality of it all; this is what a REAL playroom should look like…….and this is what I had to clean up the other day. 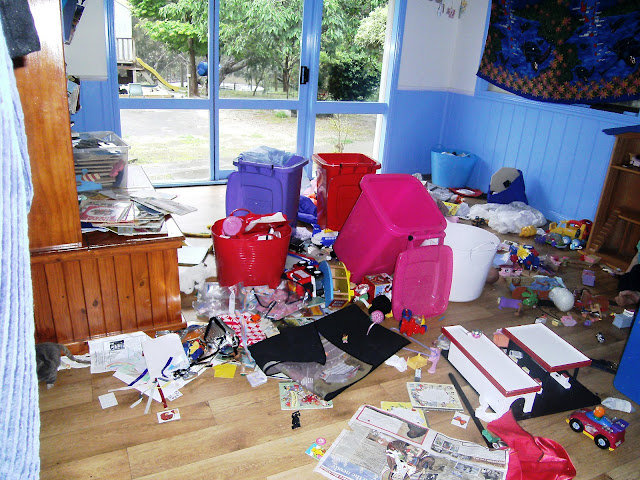 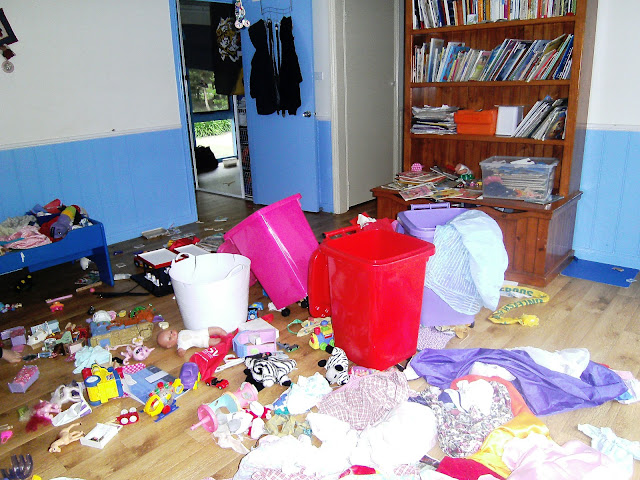 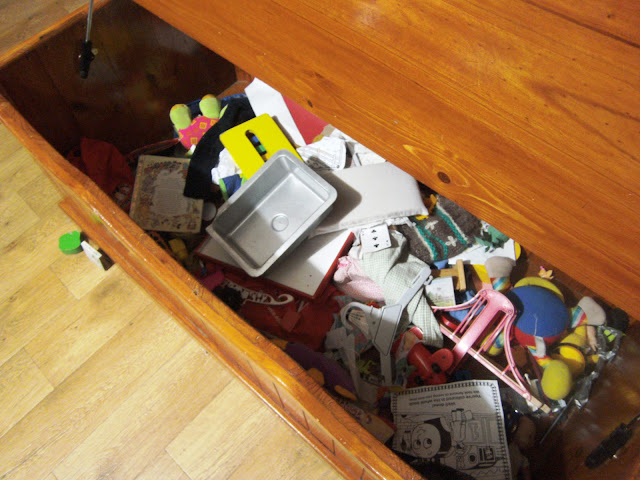 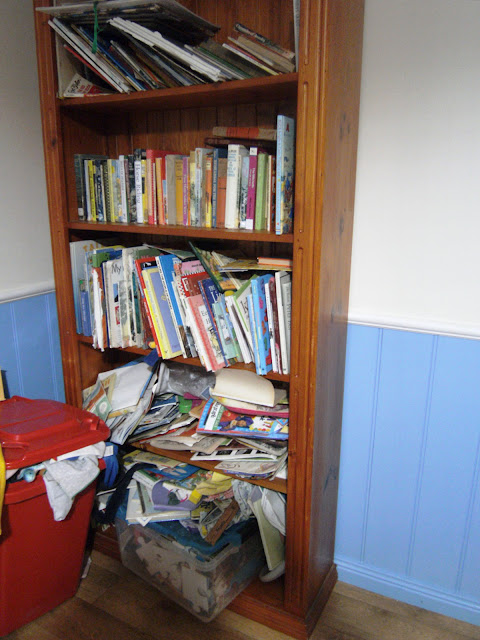 Normally I would make the children clean up a mess like this, however it got so OUT OF CONTROL that something drastic needed to be done.


Only the day before, I went into Office Works (looking for a sharpener) and managed to stumble on a bargain ~ $3 each for these Keji containers.  (I think IKEA sell them too), so I got 4 of them (I think I paid nearly $10 each for those wheelie bins). 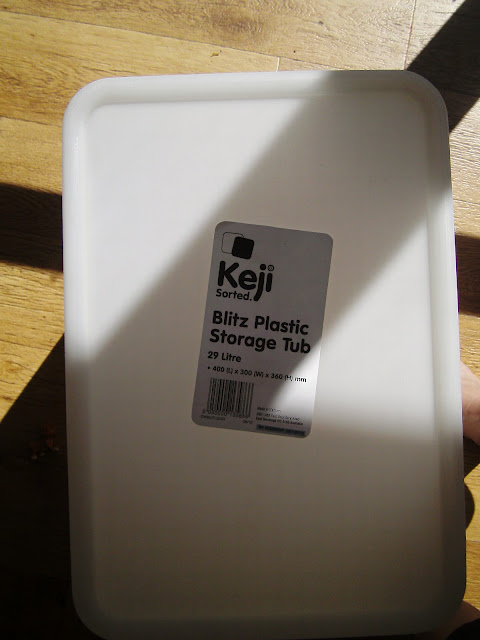 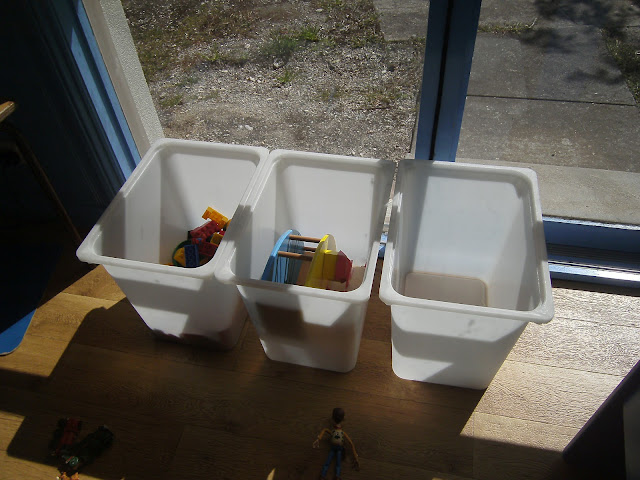 Upon cleaning out the toy box area, I found some interesting objects (and rubbish). I even found some missing socks that I thought the washing machine had eaten.


Why the kids seem to think this is the garbage bin, is beyond me
(note the blue plastic bag of rubbish ~ all this was inside the toy box). 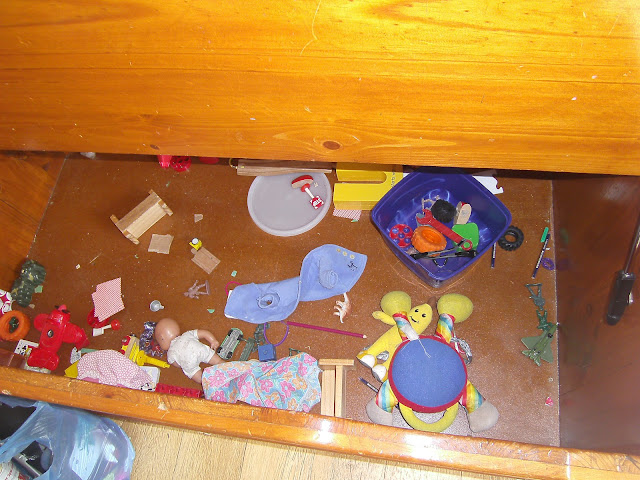 I also found this little hand and I came across the ‘other’ half only after I went through the entire doll collection. 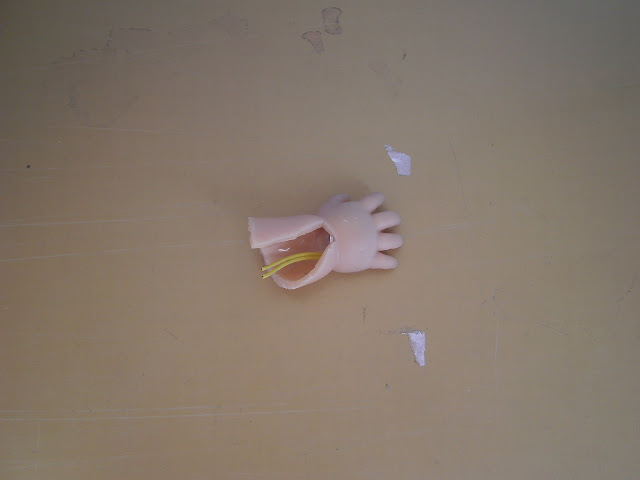 So after emptying the toy box and giving it a vacuum, I was amazed that the Keji containers actually fit snug inside (I didn’t even measure them or the toy box before I went shopping).

My puzzle box was all over the place too and as I sat on the floor, (like a little kid again) doing the puzzles, the following idea came to my mind: 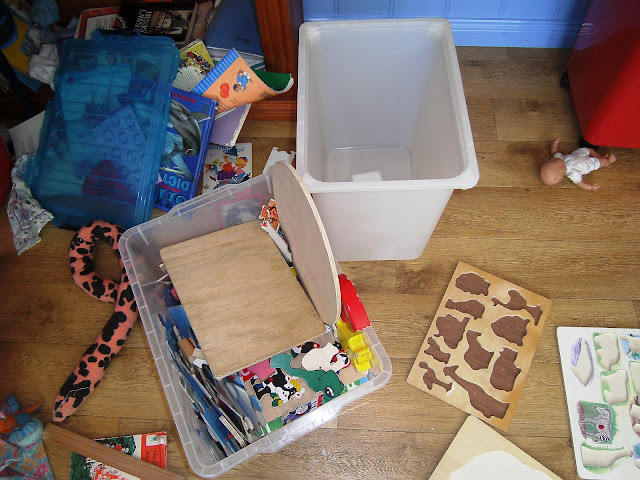 Look at them now. 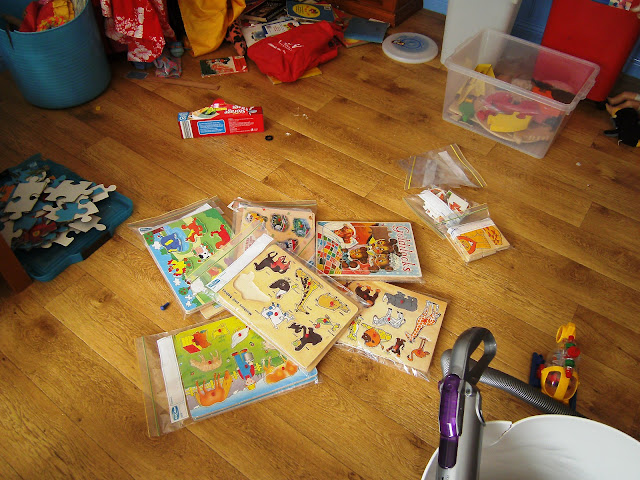 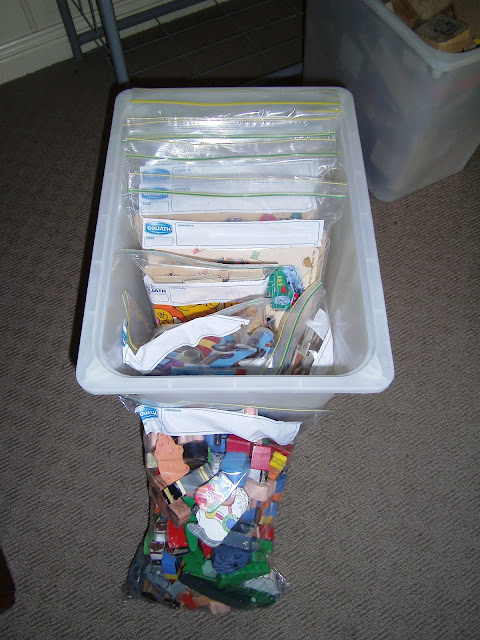 (though I feel they wont stay like this for long)
This entire task of cleaning the playroom, took a full day to do, followed by the evening (the kids, errands, dinner prep, school pick up etc made the job take longer than anticipated). 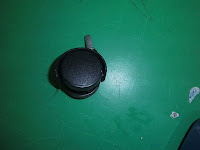 Who remembers those GIMMICK garbo bins I bought? Well, I actually found that another had a broken wheel and upon closer inspection I was able to just pull them out and re use them (for now).
Finally…….the room is now organised, clean and tidy. 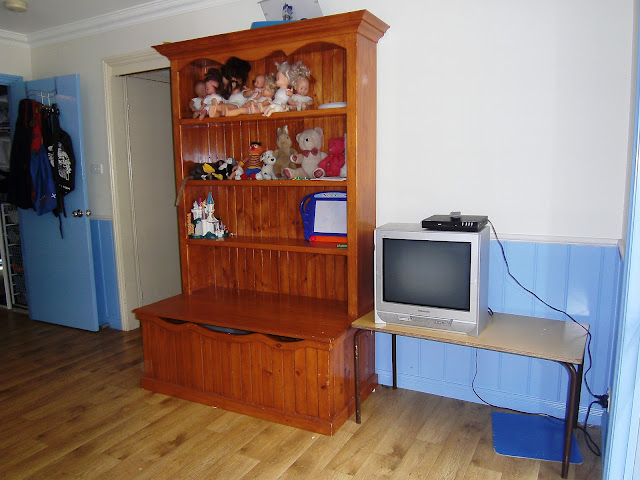 A big improvement, wouldn’t you agree?
Upon typing the above, I can now go back to this post and date (for my own personal reference) to see how long it takes for the kids to trash it again.