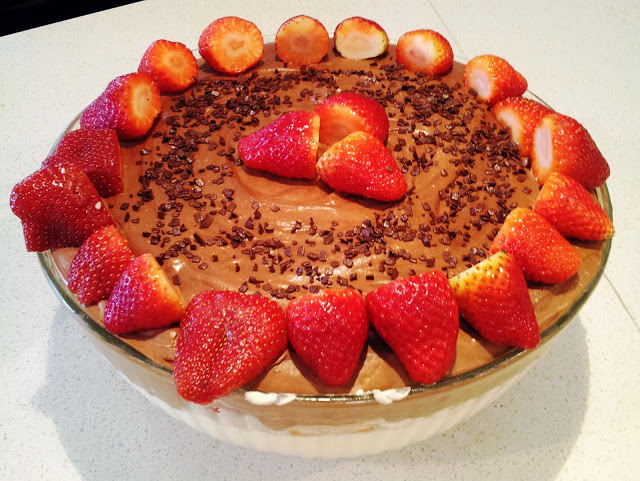 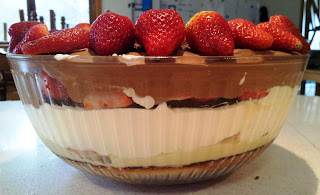 Line either two round spring form cake tins or one (you will need to cut your cake in half after it has cooled down though). 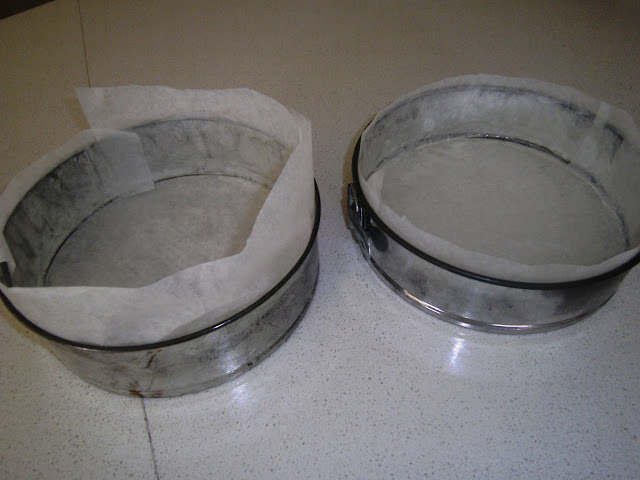 Click the photo to see an easy way to line these tins!

In a mixing bowl, beat the eggs for 6 minutes or until thick and pale.

Using  metal spoon (or in a mixer), add the sugar beating constantly until disolved and mixture is pale and glossy.  Next add the vanilla essence, flours (these need to be sifted 3 times first) and melted butter.  Mix quickly and lightly. 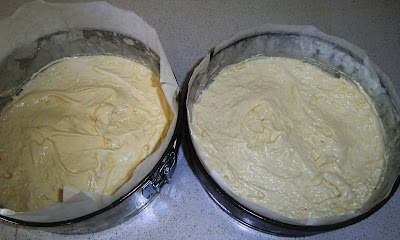 Bake for 40-50 mins (for one cake)  or 20 mins (two spring form tins) until the sponge is lightly golden and shrinks from sides of the tin. 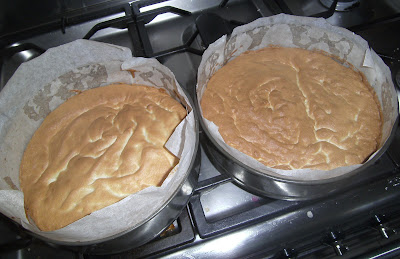 Leave sponge in tin/s for 20 mins before turning onto wire rack to cool. 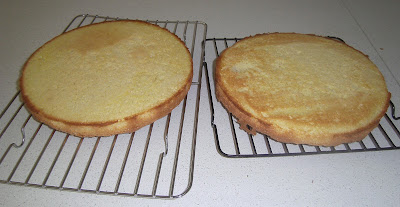 These cakes can be pre made and frozen for later use.  Just put each into a zip-lock bag, seal and freeze until needed. 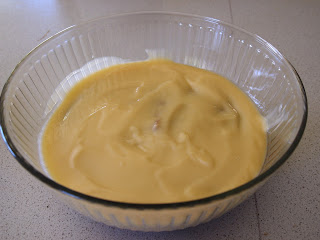 MAKING THE CUSTARD
Combine custard powder, sugar and milk in a saucepan.  Stir continuously with a whisk over a medium heat until mixture boils and thickens.  Stir in essence and ½ cup cream. Remove from heat and cool. 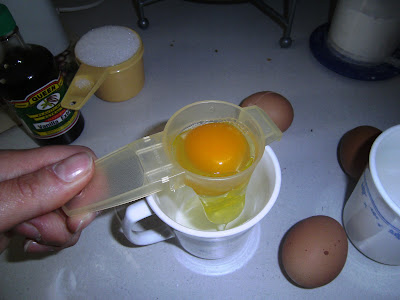 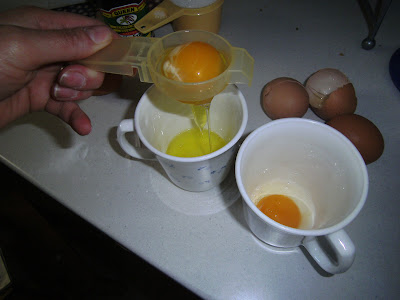 MAKING THE MOUSSE
Place chocolate, butter and Baileys in a heatproof bowl or in top of double saucepan. Place over a saucepan of simmering water (make sure the melting bowl doesn’t touch water). Use a whisk to stir for 5 minutes or until chocolate melts and the mixture is smooth.

Remove bowl from heat. Set aside for 5 minutes to cool slightly. Using the whisk stir the egg yolks into chocolate until well combined.
Use an electric mixer to whip the cream until soft peaks form. Use a metal spoon or the original whisk to gently fold the cream into the chocolate mixture until combined.

Next again using an electric mixer; beat the egg whites in a large, clean dry bowl until soft peaks form.
Use a large metal spoon to fold the egg whites into the chocolate mixture until combined.

MAKING THE TRIFLE
Place one of the cake bases into the bottom of a large glass bowl (about 5lt sized).

Next pour the custard over the base cake layer 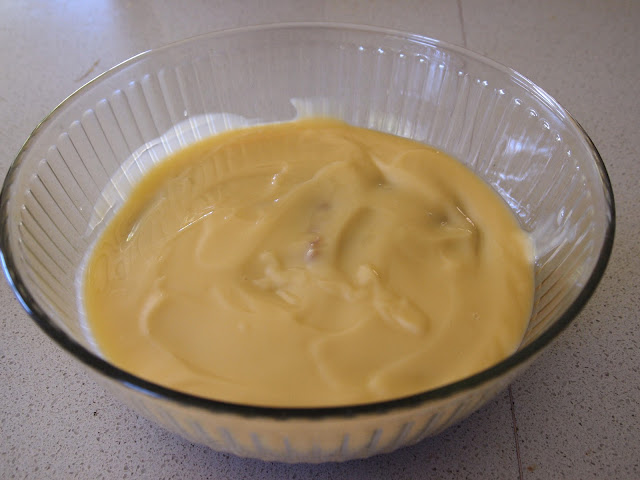 Slice the washed strawberries and arrange over the custard (the children can help with this part of the trifle too). 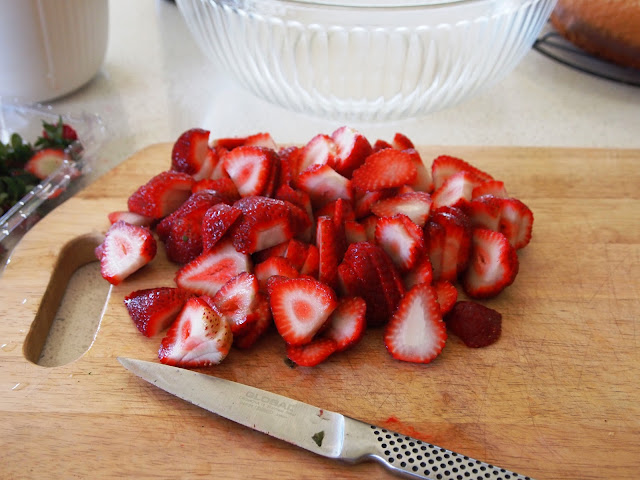 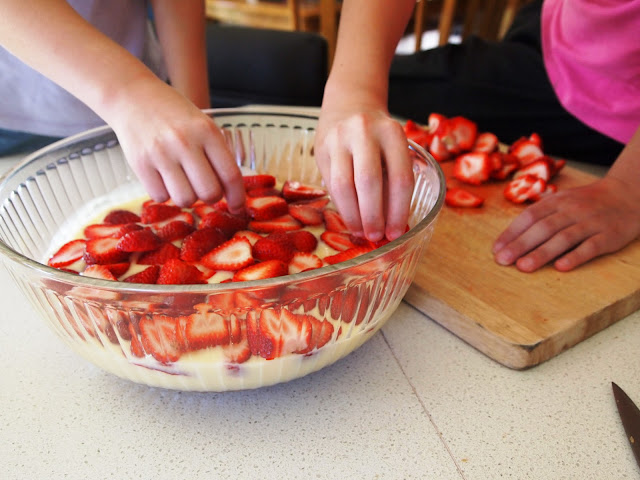 Now, whip the left over thick cream (from the custard ingredients) and pour over the strawberries.  Smooth out cream and place in fridge for about 15-30mins.

Next place the second cake on top of the cream, add another layer of sliced strawberries, followed by the chocolate mousse. 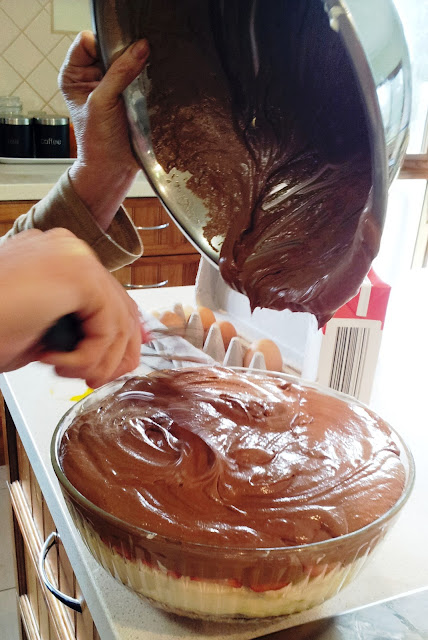 Smooth out the mousse (you can’t help licking your fingers). 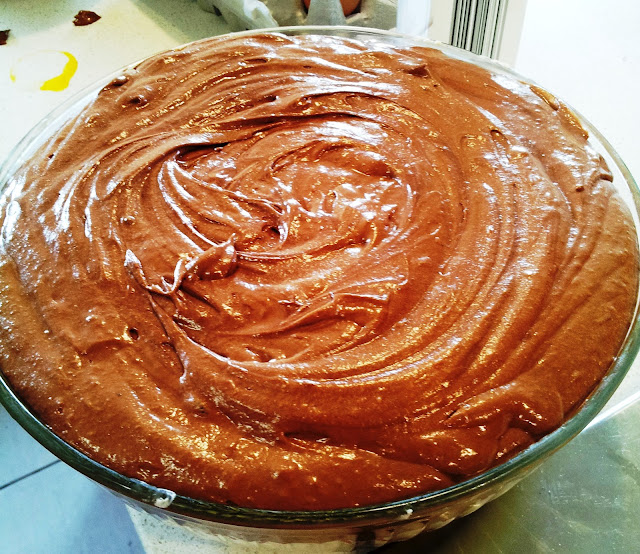 Finally arrange some whole strawberries around the top, followed by grated chocolate! 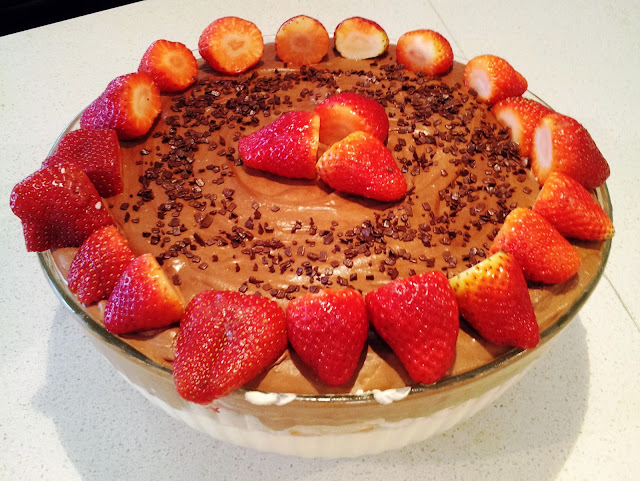 Place in the fridge and serve with vanilla ice cream or more whipped cream!

Even though there are a lot of stages with this recipe, it really is very easy!